About the Phoenix Fire Mystery School

“When we walk to the edge of all the light we have and we take a step into the darkness of the unknown,
we must believe one of two things will happen – there will be something solid to stand on,
or we will be taught to fly.” – S. Martin Edges 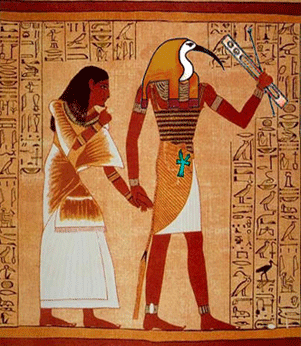 The Phoenix Fire Lodge began in 2006, but its inception had been germinating for over 25 years, born out of the profound knowledge that Tricia has shared with thousands of people as she has taught around the world. Many times her students would ask when she was setting up a Mystery School, a center where the vast range of her knowledge could be imparted to interested students in a balanced, magical and systematic way.

Initially Inspired by the two beneficent divinities, Horus and Isis, it was the great Master Thoth who ultimately assisted in the architecting of the School. After coming off the road from her international tours in 2005, Thoth began appearing to Tricia on a regular basis in a series of ongoing encounters. Through the medium of lucid dreams and Inner Plane contact, Thoth told her that this was the time to lay the groundwork for a deeper level of initiatic experience with her students and to begin a Mystery School.

Eventually Thoth’s wisdom prevailed, and the Phoenix Fire Lodge: The Order of the Eagle and the Dove, is the direct result of his teaching and inspiration.

As some of you may know, Thoth has long been the wellspring of wisdom from which the original Mystery Schools sprang. The true father of Isis, the goddess of Wisdom, and the grandfather of Horus, the redeemer of his age, Thoth was known as the Architect of the Gods, the Scribe and Messenger of the Ancients, and the Master of Time. It was Thoth who plotted the Precession of the Equinoxes, charted the lunar cycles and eclipses, designed the Zodiac with his father Enki/Ptah, and ultimately helped mankind comprehend the great and small cycles of solar, lunar and Galactic time that influences and shapes our world.

The second patron of the school is Isis, the Divine Mother of Compassion, whose own human-like journey earned her the reputation of the Mother of the All. Isis is the prototype for the Mother of Wisdom and Compassion that has long appeared to me as Auriel. Isis was called “She of 10,000 Names and 10,000 Faces,” because she encompasses all goddesses within herself. It was to her redeeming quality of love that millions of people turned in their search for eternal life, for it was Thoth, Isis and Horus who established the first Mystery Schools for the illumination of mankind around the world. 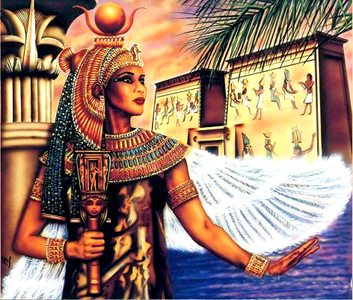 Isis was the sister, daughter, mother and queen, who saved Egypt from the machinations of the 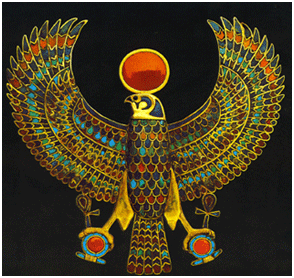 Dark force, epitomized in the character of Set (or Satu), from whom we get the common name of Satan. Through lies, murder, betrayal and deceit, Set came to represent all that was egotistical or negative in human behavior, and Isis, as the Goddess of Wisdom, Virtue, Resurrection and Love, was the remedy for these ills. And in truth, through the raising of her son Horus, who became the symbol for man’s freedom through spiritual liberation, Isis not only influenced Egypt, but most of the known world. Her sanctuaries have been found as far north as England and as far East as India. She was Demeter to the Greeks and Romans, the Goddess of the Grains, and in the Americas she was known as Corn Woman.

And then there is Horus, the incarnation of an even greater principle, known through ancient Egypt as Heru, the male aspect of God. It is from Heru that we get the name Jerusalem or Herusalem today – the new city of truth. Known as Horus or Apollo throughout the ancient world, he was the god of Light and Healing, whose semi-divine sons, Orpheus and Aesculapius, brought the arts of medicine and music to the world.

The Three Fold Structure of the School 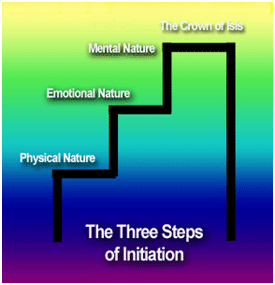 The Phoenix Fire Lodge Mystery School, like those of the ancients, is structured on three levels just as today our grammar school, middle school and high school programs are established with three levels. This same structure also repeats in college with our Undergraduate, Masters, and Ph.D.’s degrees. So there is Level One, Level Two, and Level Three.

Because so many people from around the world have requested an On-Line Program, we have developed a series of 12 On-Line Courses that encompasses Level One of the teachings. Each class is sent as a PDF file that can be studied on-line or printed out and placed into a notebook for study.

One copy can be shared between husband and wife, or two partners who are living under the same roof, for no additional fee. Each discourse is 100 to 180 pages long, complete with processes, meditations and teachings. These must be taken in order.

LEVEL TWO and THREE:
The Egyptian Mysteries and The Way of the Return

Level Two and Three can only be taken in person.

In our physical classes here in Atlanta we try to limit groups to 15 or 20 students. This allows for a more intimate experience because along with the academic portions of the teachings, there are also many experiential processes. Each Level includes a 1000 page workbook of hermetic codes and keys, course material, and spiritual exercises. Yet, once you make a connection with the Masters, you will find that you will begin to be trained on the Inner Levels.

The Power of the Mystery Dramas 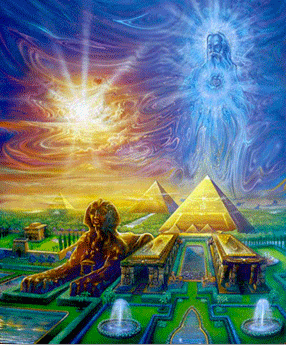 Throughout all training programs our students are encouraged to practice Theurgy, the direct experience of the Divine, as opposed to Theology, which is the philosophical and mental conversation about the Divine Intelligence of the Universe. This distinction cannot be overstated. Theurgy is like going to a ballgame and pitching on the pitcher’s mount. Theology is like watching a ballgame from your couch in the comfort of your home. Both practices are valuable, but being at the center of the Game of Life is a far more powerful and transformative experience.

In the tradition of some of the greatest stories ever told, we believe in the power of Mystery dramas and we work with the archetypal elements of story, myth, archetype and cosmic beings. We also employ prayer, ritual ceremony, dance and music as ways to draw down the energies of the Cosmos to connect with Mother Earth. The Universe is alive with energy, and through intentional ritual and activation, we can become channels for the living energies of the Divine. We believe in the beauty of both the Divine Feminine and Masculine that is expressed in Nature, the Cosmos and in our Inner Selves, and we are committed to Truth in every form. Our School works with Angels, Masters, and higher Spiritual Intelligences and honors the consciousness of the Christ vibration in every form, both male and female. Our Order has strong alliances with the Great White Brotherhoods and Sisterhoods, as well as the Vairagi Masters of the Far East, the Essenes, the Gnostics, the inner Orders of the Emerald Heart, and the Violet Flame, and we honor all paths that lead us to a loving spirit and open heart.

Who Is Right for This School?

Anyone who has asked questions about the nature of reality, the reasons why we exist, the nature of the Soul, and our place in the pattern of life…

Anyone who has ever wanted to make a more direct connection with the Divine; who has wondered if there is something more, or who has questioned the programming of traditional religions…

Anyone who looks into the night sky with wonder and feels their heart skip a beat, knowing that they are not alone in the Great Immensity…

Anyone who is a scholar or a scientist, and searches for truth beyond the obvious places…

Anyone who has chased the Mysteries of Truth all their life, and who has been drawn to Egypt, the Great Pyramid, Stonehenge, Peru, Shamballa, or the Himalayas; anyone who does Earth Healing work, or works for the betterment of our planet…

Anyone who is willing to open their inner senses and their hearts to perceive another world; whose heart is genuine, and whose prayers run deep…

Anyone who has a wound they cannot mend, a loss they cannot grieve; Anyone who feels called to want to heal people, places, animals, the Earth, the waters, the sky… and most especially ourselves.

Anyone who adores animals and feels that there is a vast Intelligence behind the workings of nature, and is willing to see the microcosm inside the macrocosm. These are the Souls we welcome.

We look forward to hearing from you. Please feel free to join our email list if you would like to hear about events in your area.