Introduction to the Mysteries

An Introduction to the Mysteries
On-Line Mystery School Programs

“You ask how we can know the infinite? I answer, not by reason…
You can only apprehend the infinite by entering into a state in which you are finite self no longer.
This is the liberation of your mind from finite consciousness.
When you thus cease to be finite, you become one with the infinite.
You realize this union, this identity.” Plotinus (204 to 270 C.E.) 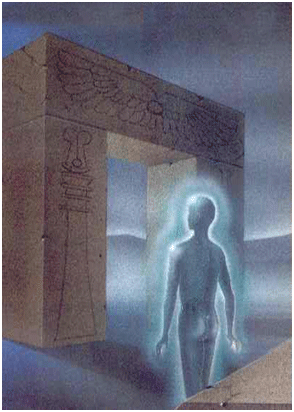 Congratulations. You have just begun a journey into the true nature of yourself and the essence of the Divine.  This journey within the ancient world was known as the Mysteries, for it took the initiate into the deepest Mysteries of creation, and the heart of God. These Mysteries were once taught across the world in various schools and universities of what became known as the great Mystery Schools. There were many chapters of these schools that can be found in ancient historical references and we will be touching on some of them today, although much of the last 1600 years of Christian, Jewish, and Islamic history has been focused on obliterating their memory. Yet now, as we stand at the end of the Piscean Age and the birth of the Age of Aquarius, an bright age of enlightenment known for its outpouring of light, we have the unique opportunity to again awaken to the precious, immortal wisdom of the Divine that was once taught by the Ancients, and to remember again the essence of who we are.

Robert MaCoy, a 33rd degree Mason and author of the General History of Freemasony writes that: “Throughout time the Mystery Schools chief objective was to teach the doctrine of one God (Creator), the resurrection of man to eternal life, the dignity of the human soul, and to lead the people to see the shadow of the deity in the beauty, magnificence and splendor of the universe.”

It is clear from the amazing roster of philosophers, scientists, and humanitarians who claim membership within these Orders, that these great Mystery Schools had nothing but the most noble of intentions for mankind. In the ancient world we find Pindar, Percales, Plutarch, Hypatia, Parmenides, Zeno, Thales, Empedocles, Anaxagoras, Plotinus, Cicero, Solon, and Heraclitus, as initiates of the Mysteries, to name just a few. This group also includes the Greek philosophers Plato, Socrates, and Aristotle, from whom much of today’s western philosophy is derived today; Pythagoras, the father of mathematics; Herodotus, the father of Greek history; Hippocrates, the father of modern medicine; Euclid, the founder of Euclidian geometry; and Democritus, the discoverer of the atom. 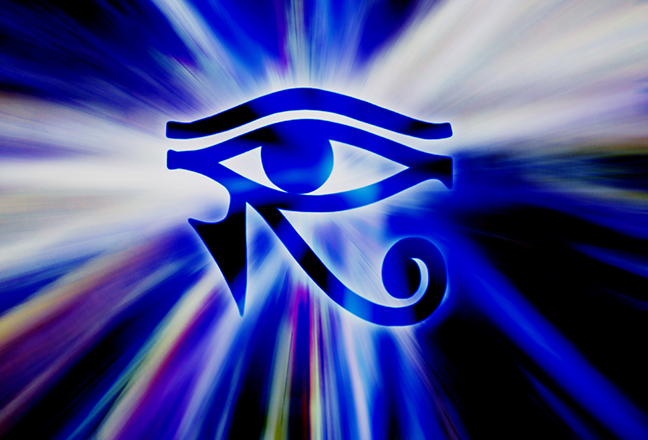 During the Middle Ages, after the secret stream of Mysteries had long been forced to go underground and began to surface once more, we find that the names of their  initiates reads like a “Who’s Who” of western civilization: Leonardo da Vinci, William Blake, Sir Isaac Newton, Johannes Kepler, Sir Walter Raleigh, John Milton, Daniel Defoe, Victor Hugo, Thomas More, Roger Bacon, Copernicus, William Shakespeare, Botticelli, and the esotericist John Dee.  All of these deep thinkers drank from the underground stream of the Mysteries, and used it as a foundation for their life’s work.

The great Mystery Schools sought to create a ladder of systematized teachings that would lead each person to a direct understanding of the divine spirit that lies within each one of us. It is evident that even profound masters like Jesus participated in these Mystery Schools, for in the Gospel of Philip we read: “The Master did everything in a mystery: (his rites of passage were) baptism, chrism, Eucharist, redemption and bridal chamber.”

The sages who developed this curriculum did so by creating a very systematized course of studies that included the development and awakening of both sides of the brain –  or we could say, the masculine (Right) and feminine (Left) parts of the human being. In Egypt, these streams of learning were called the Left and Right Eyes of Horus. More specifically they were also called the Right Eye of Ra, god of the Sun, representing the positive energies of action, reason and logic, and the Left Eye of Thoth, god of the Moon, representing contemplation, the development of one’s inner senses, and pure being.

In just a few moments we will be speaking of the great Spiritual Hierarchies who first established these Schools for the evolution of the human spirit, as well as the structure of the teachings that they used. However let us first discuss Hermetics, one of their primary means of transmitting this knowledge in written or spoken form….

Hermetics, the Symbol Language of the Soul 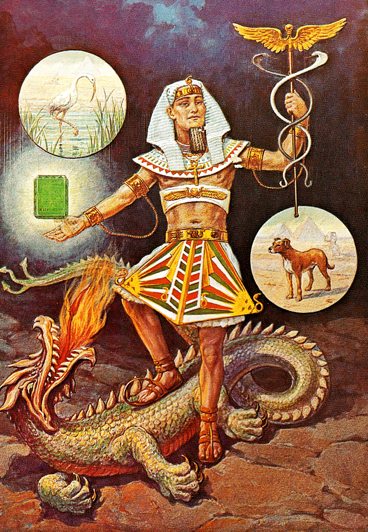 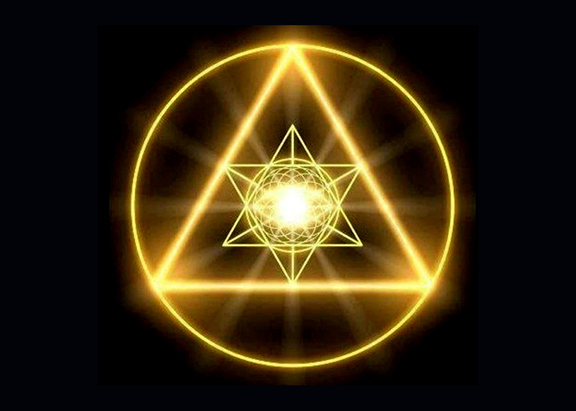 The use of symbol was a perfect instrument to convey these Mysteries, not only because at the higher levels, truth is primarily conveyed through images, but because one image is worth a thousand words. For the uninitiated populace, the use of such a symbol would only appear to have an outer meaning that they could not interpret, much as many archaeologists today have come up against a wall in understanding the vast array of carvings inscribed on temples. In other words, the person would only see a column, a bird, a beehive, a star, the sun, the moon, etc., and not have the knowledge to comprehend its greater meaning. But for those who were initiates – who had been trained in the esoteric language of the Mysteries, they could contemplate these symbols and perceive the multi-leveled meanings in a way that echoed in their souls.

In the Gospel of Philip we discover that Jesus also knew this language and taught it to his students: “Truth did not come into the world naked, but it came in types and images. One will not receive truth in any other way.”  This reveals that Jesus too, was aware of the transmission of wisdom through the language of symbols and used it in his ministry.

The word Hermetics derives from the Greek god Hermes, long known as the “god of truth and wisdom.” Hermes Trimegistus or Thrice Great Hermes was in reality, the Egyptian god Thoth, the “Lord of Divine Words.” Thoth was known to have bestowed upon humanity almost the entire spectrum of human knowledge spanning the fields of geometry, architecture, astronomy, astrology, herbs, healing, mathematics and spiritual philosophy, and it is to Thoth that the establishment of the first common tongue is given.  In fact, Thoth and his loving wife Seshat are credited with creating not only the sacred hieroglyphics of ancient Egypt, and the hermetic language, but the 26-letter alphabet used in romance languages around the world today. 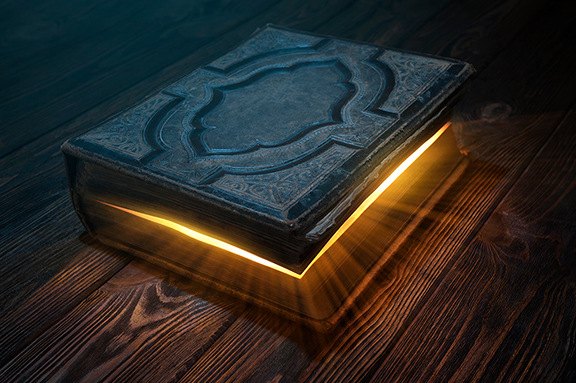 Clement of Alexandria, one of the earliest Church fathers, writes in the first century after Christ that in his day the Royal Library of Alexandria housed 42 books written by Thoth that contained all the wisdom of the ancient world in subjects as diverse as law, medicine, science, astronomy, astrology, geography, physics, writing, cosmology and magic.  And it was well acknowledged by the Ancients that Thoth’s vast wisdom inspired the writings of The Hermetica and the Book of Poimandres, found within the early Christian gospels.

We will be encountering Thoth many times throughout our journey, for, like Jesus, he was one of the greatest masters to have ever walked this planet. Like Jesus, he was called the Logos, for he contained the seed of wisdom from which the Universe is born. Thoth’s legacy was to endow humanity with knowledge of both the natural laws of the physical world and to inspire the creation of the Mystery Schools that gave human beings knowledge of the spiritual worlds.

The Symbols of the Phoenix Fire Lodge 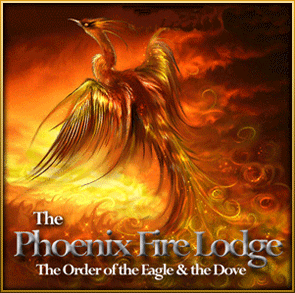 Using the sacred language of Hermetics, we discover in the name of our Lodge three sacred emblems: the Phoenix, the Eagle and the Dove, representing the eternal aspects of the Divine Father, Mother, and Holy Child. Each one of these birds had great significance within the ancient world, as well as our modern day theologies. Yet today most of us have lost the ability to even understand these symbols, yet they are intrinsic to the very nature of reality long before religion even existed.

As we will discover in the deeper teachings of Egypt, the Phoenix Bird has long been a symbol for transformation. It represents the power of the Holy Spirit manifesting in human form as the Holy Child. The teachings of ancient Heliopolis, the sacred City of the Sun, taught a being of enormous light periodically incarnates into our world. He comes from the Higher Realms, streaming clouds of glory, before he sings his song to awaken humanity. Then, after laying the eggs for his next incarnation, he perishes, only to be reborn in another age. This symbology is attributed to Jesus, as well as other incarnating World Saviors.

The Eagle, of course, has long been a symbol of the all-seeing Father energy, the great Thunderbird whose wings turn the Universe in the never ending spiral of creation. The Dove, well known in Christianity as an emblem of the Holy Spirit, called in by Jesus after the Resurrection, has always been linked to the healing presence of the Divine Mother. Thus the Hermetic symbology of this Lodge honors these three aspects of Creation: the Divine Masculine, the Divine Feminine, and the Divine Lords of Light who come into the world from age to age to lift mankind.

NEXT: Entering the Pillars of Knowledge…

DOWNLOAD THE FREE PDF FILE OF:
An Introduction to the Mysteries