DVD: The Keys of Enoch 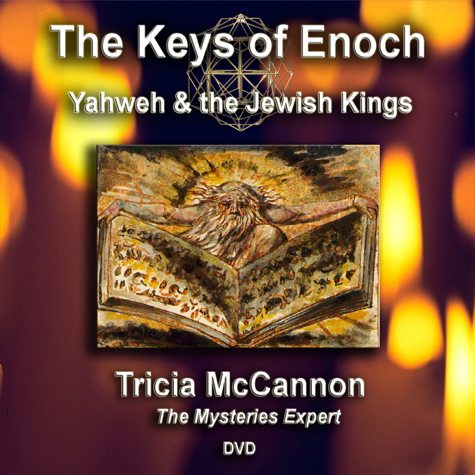 Abraham, considered by many as the Patriarch of the world’s three monotheistic religions, was said to have descended from the Giants of old, the ancient Watchers who came from the sky. Versed in the ancient star knowledge of Chaldea and Babylon, Abram of Ur, who was later called Abraham, meaning “house of the heart of Ra,” began the legacy of what is known today as the Jewish race.

But where did this religion originate? Who was Yahweh, anyway? What lineage of knowledge did Abraham possess that he was received into the courts of the Egyptian Pharaohs with such welcome and honor? What secret rites did he pass down to his sons and grandsons, since he was trained in the Temples of Heliopolis, the ancient City of the Sun? What was the true historic climate in which Isaac, Jacob, and Joseph were born, and how does Joseph’s connection with Egypt, link to the later invasions of the Hyksos Kings?

How did Egypt’s secret knowledge become the legacy of King Solomon’s wisdom, and how were the Mysteries of Egypt passed on to the Lions of Judah? How did the Jewish Mysteries then come to be woven with the rites of Babylon, and the ancient Chaldean astronomers? And how does this discovery affect us in the world today?

Join us as we follow the trail of Biblical patriarchs, Abraham, Isaac, Jacob, Joseph, King David and finally King Solomon, in a visually and historically rich journey into the pages of both known and unknown history.