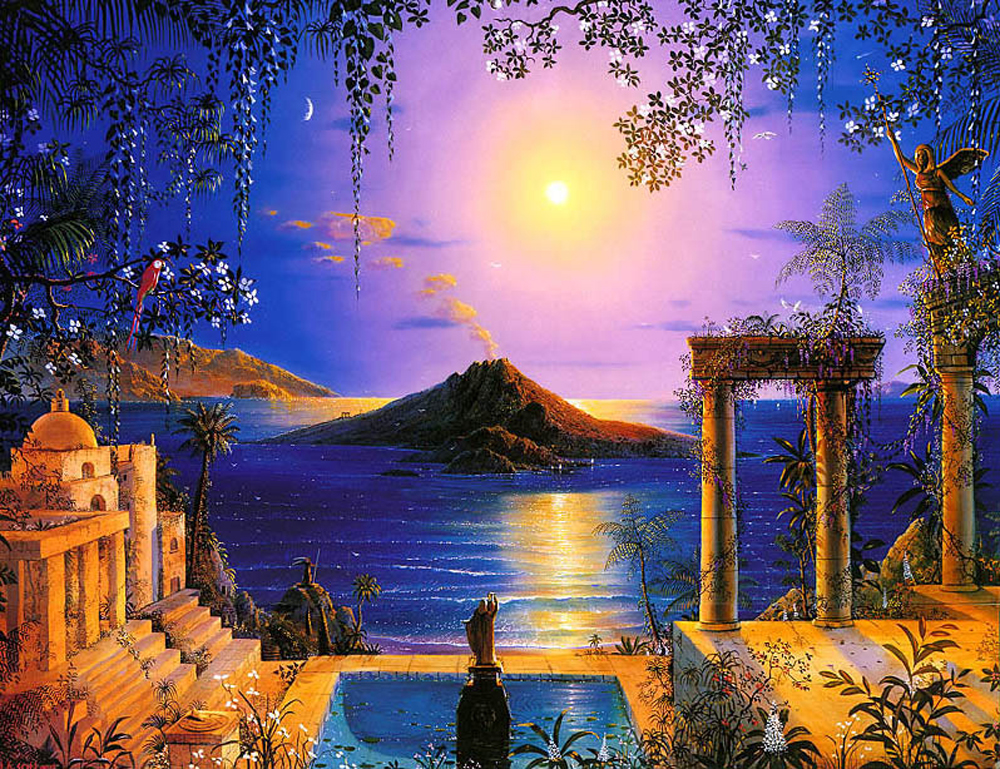 Nearly every culture of the world has legends of the civilization of Atlantis, and the Great Flood that took it down nearly 12,000 years ago. For hundreds of years explorers have sought evidence of this legendary land. In the past hundred years, these explorers have excavated over 40 different locations around the world trying to match the geographical location and descriptions written about by Plato some 2300 years ago in The Republic and The Timeaus.

In these books Plato writes that the large continent island of Atlantis once lay outside of the Straits of Gibraltar, and that it was the size of North Africa and Asia Minor combined – making it an enormous island that is clearly as large as Australia is today.

But are portions of Atlantis beginning to reappear in our world today, just as the famous seer Edgar Cayce predicted over sixty years ago? Yes. Portions of Atlantis are now being discovered by ground penetrating radar and deep sea diving expeditions. Many of these discoveries are underwater reaching as far east as the oceans west of Portugal and as far west as the coasts of Bimini, the Bahamas, and Cuba. 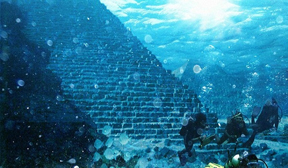 These discoveries have revealed not only enormous pyramids off the coast of the Azores, where Atlantis was said to have been, but on the western side of the Atlantic we have discovered the remains of what appears to be entire cities, laid out in neat horizontal and vertical streets, much as we see New York City constructed today. We have found statues, temples, sun dials, roads, and buildings, all built by an ancient civilization that has endured for thousands of years underwater. 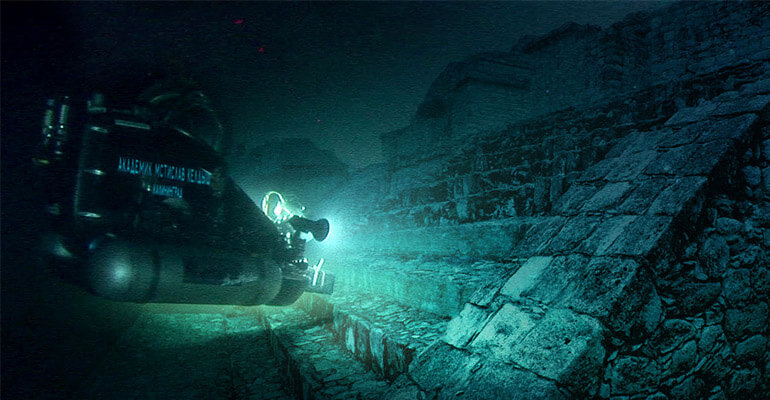 But what are all these ruins? And from which era in human history do they come? Was there an earlier time on our planet that we know little or nothing about? How does this relate to the enormous pyramidal ruins found in the Pacific off the coast of Okinawan, Japan? How does it relate to the remains of cities found off the coast of India, known to have gone down in a Great Flood some 12,000 years ago?

This incredible presentation takes you on a Journey into the discovery of ten legendary civilizations that have been found underwater in the world today. Using the power of Satellite imaging, underground and underwater sonar, Goggle Earth, and sophisticated diving expeditions, today we are discovering evidence of an earlier cycle in human history comparable to the sophistication of our societies today. These discoveries beg the question: What happened to these people? What wise or foolish decisions did they make that caused their ruin? And are we making those same mistakes in our world today?

In This Presentation You Will Discover:

Come join us for this extraordinary presentation that peels back the layers of our past, and reveals groundbreaking discoveries that change everything we thought we knew about human history! This amazing journey not only takes a look at the past, but its implications and choices for our future if we continue on the path of global destruction. Join historian, researcher, author and clairvoyant Tricia McCannon as we Uncover the Greatest Mysteries of the Ages. 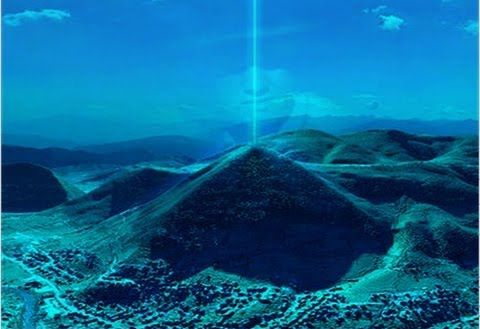 Tricia McCannon is an American clairvoyant, historian, author, and teacher who has traveled the world in search of answers to the greatest Mysteries of the Ages. She has been a Headliner at Conferences in both Europe and America for over two decades, and is the author of  four acclaimed books, 13 On-Lines Classes, and over 35 DVDs and CDs. She was the Director of the UFO Forum in Atlanta for 8 years, a Bishop in the Madonna Ministries, and the Founder of the Phoenix Fire Lodge Mystery School in Atlanta.  As a clairvoyant she has given Readings for over 6000 people worldwide in her continuing commitment to personal transformation and world unity.