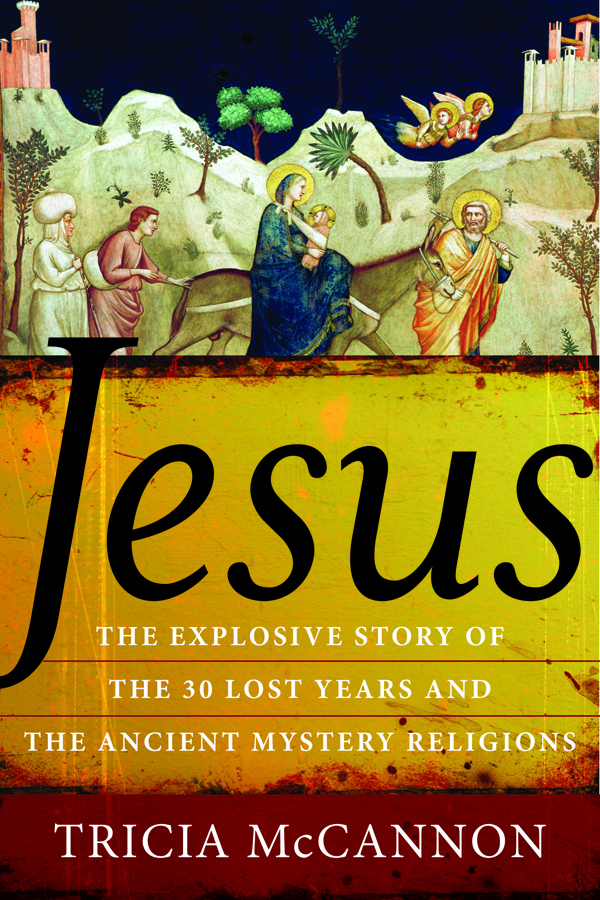 1. What compelled you to write this book? I understand you had some kind of spiritual contact with Jesus himself. Can you tell us about it? What was your religious upbringing?

2. So, although your background was Christian, you have been trained in the ancient Mysteries. Which Mysteries and how did you come to study them?

3. Have you found similarities among the ancient Mysteries and modern-day Christianity?

4. Is there evidence in the Bible that supports Jesus being trained by the Great Mystery Schools?

5. What is the Great White Brotherhood and how is it connected with the Great Mystery traditions? Why did they chose that name?

6. Why they were so interested in Jesus, and how did they know that he was coming?

7. What were the names of the most famous Mystery Schools at the time that Jesus lived? What countries were they in?

8. You also write that there may have been four Magi that were summoned to the Nativity, not three. Why?

9. What is the real date of the Nativity? Why was December 25th chosen as Jesus birth date?

10. You say that the ancient Mystery religions taught the concept of the Trinity, but differently from what we know today. What were their three levels of initiation and what did they represent?
Can you give us some other examples of the Trinity around the world?

11. Please tell us briefly the many cultures or lands that Jesus visited during his first thirty years. What research and records do you have to substantiate this?

12. In JESUS: THE EXPLOSIVE STORY OF THE 30 LOST YEARS you claim that Jesus didn’t die at age 33; that he probably died between 39 to 45. How did you reach this conclusion?

13. In your book, you draw many parallels between Jesus and Osiris, the Egyptian god of resurrection. Can you us share some of these similarities with us?

14. Why did Jesus choose a fish as a symbol for his teachings? Why did the early Christians call their path “the Way?”

15. A lot of the original Christian teachings were passed through the Egyptian Mysteries, were inherited by Moses, and then the Essenes, and then passed on to the early Christian Gnostics. Can you give us some examples of teachings that support that theory?

16. Do you believe that he literally died on the cross and then returned? How is this possible?

17. In your book you touch briefly on the concept of the Four Great Kumaras, or the four Sons of God that periodically return to Earth. Who are the Kumaras exactly and why do you believe that Jesus was one of them?

18. In the Indian section you also write about the Divine Purusha and Prakriti. Can you explain this concept and what it has to do with Jesus?

19. If Jesus was a master initiate of these ancient paths, then this would mean that for the last 2000 years Christianity hasn’t had to be at odds with the other world religions, and that there is a strong commonality between genuine Christian thought and the deeper teachings of the philosophers and sages of many different spiritual paths. With this in mind, do you believe that your book has the potential to change world consciousness?