DVD: The Secret Teachings of Jesus 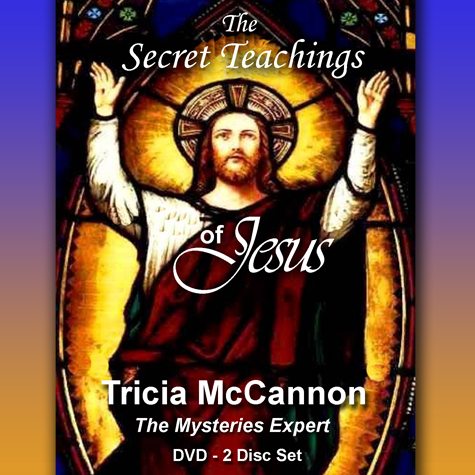 Jesus is perhaps the most mysterious, enigmatic spiritual figure of all time. Wars have been fought his name; countries decimated, miracles counted, and hundreds of books, articles and edicts issued in his name.

Yet what do we really know about him? What do we know about his direct and deeper teachings to his Apostles? Why are the only four gospels included in the New Testament written by other people, and not by him?

Archaeological discoveries over the past two hundred years have revealed over 60 separate books and gospels that have now come to light from the original time of Jesus that were taken out of our New Testament Bibles because they did not conform to the philosophy being codified by the newly forming Orthodox Church. The discovery of these many books now includes the famous Dead Sea Scrolls and the Nag Hammadi Texts, discovered in 1945 and 1947 among the hills of northern Egypt. The contents of these hidden Gospels was kept totally secret for over 50 years by the Vatican Councils, but in recent years has come to light. Some of these ancient gospels reveal the actual teachings of the great Master Jesus, shedding an entirely different light on what we have come to understand about his wisdom. Other “lost gospels, appearing in the Far East, underscore these teachings, and give us versions of the original gospels that existed before the Church “correctorites” edited them.

These Gospels speak openly about reincarnation, the sacred nature of women, and the ability for each of us to connect directly with the Divine without the need for a priest or a rabbi to act as a mediator between us and God. They also reveal a compelling conversation about the power of Gnosis, or inner knowing that places great emphasis on our own spiritual development and direct experiences with God. In short, they place much of what we do know about the profound teachings of Jesus into an even greater context of deepened understanding.

This riveting presentation is the last in a five part series on Jesus, and marks the culmination of many years of research tracking Jeshua ben Joseph through the many chapters of the Great White Brotherhood who had long awaited his coming.