DVD: The Mystical Keys of Solomon 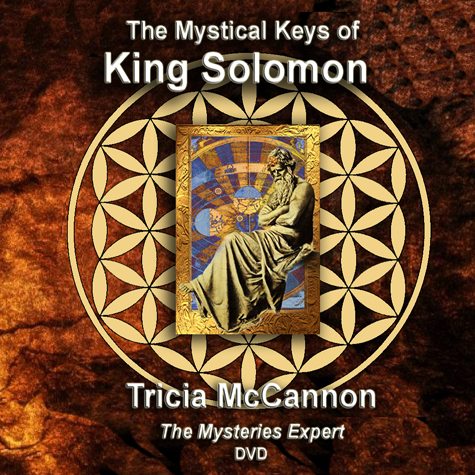 The Wisdom of King Solomon has been heralded throughout the world. The legendary son of King David and Bathsheba united the Chaldean and Jewish tribes not only in marriage, but in the legacy of their famous son King Solomon.

But what was it that made King Solomon so wise? What did he know and what esoteric practices did he engage in? This deeply intriguing King is credited not only with building a stunning palace in the Golden Age of Israel, as well as the famous first Temple of Jerusalem, but also with the secrets of Alchemy and Magic. He also honored the Divine Father and Mother in balance, even building two temples – one for Jehovah and one for Asherah, the feminine face of God.

As the author of two extraordinary treatise on magic, we discover that King Solomon was a master magician and hermeticist. Today these two books come down to us  in the words of the Lemegeton or the The Greater Keys of Solomon and the Goetia,or the Lesser Keys of Solomon. In them we are taken into a world of magicians, demons, and spirits, 72 of which, legend tells us, King Solomon commanded. Only through the efforts of alchemists Samuel Liddell MacGregor Mathers and Aleister Crowley, both members of the Hermetic Order of the Golden Dawn, do we even have a translation of King Solomon’s work today.

What were the secrets that this powerful King possessed? How did he learn his arts and how did he use them to govern wisely? How does our modern day Tarot relate to the instruments of magic that he used long ago?  What is a Sacred Circle, the Flower of Life or a Pentacle used in magic? What is the proper use of the sword? In whose name did King Solomon command the elements, and how is this related to Sacred Geometry, the four elements, and to Universal Law?

Join us as we explore the extraordinary life and legacy of King Solomon the Great!