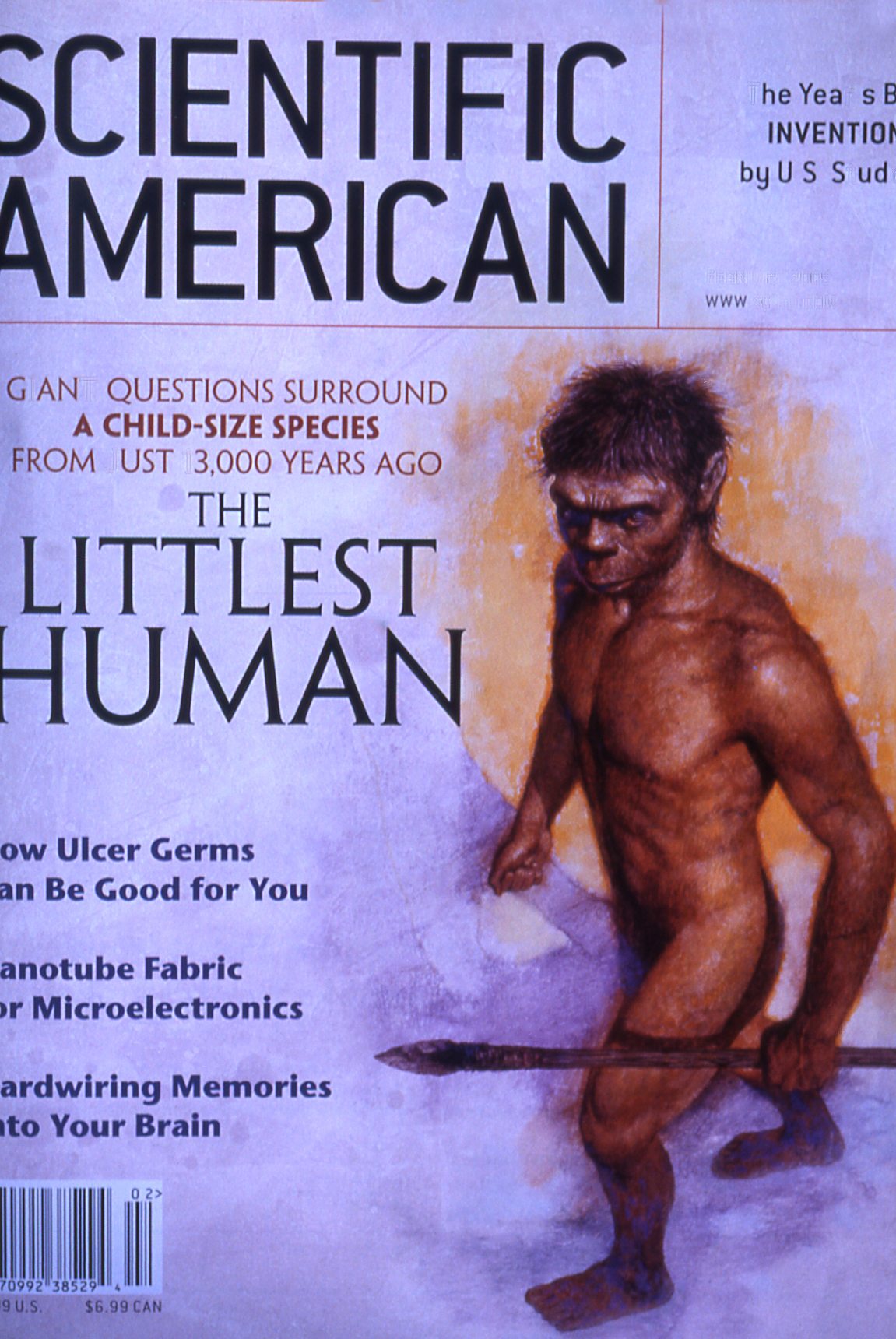 We live in a complex, multidimensional world. On our planet alone there are millions of species found in the mammalian, amphibian, reptilian, insectoid and bird kingdoms, despite the fact that modern man’s encroachment on the natural world is now threatening the survival of all of us. Yet are there also Visitors from Elsewhere that are coming to our planet today? And are some of the wide variations that modern archaeology discovering today, a reflection of some of these beings?

In truth, there is great variety in the many races that populate the Stars, and while the template of the two-legged human is frequently seen on other planets, we can also see this same variety in the artifacts of ancient civilizations on Earth. In fact the longer we dig into our past, the more  variations we are discovering. Some of the fossil remains we have found reveal  tiny human beings similar to the fairies and brownies known in ancient legend. Some people claim that these kinds of beings can even be seen today in pristine woodland areas. Other fossil remains reveal human species who have gone  extinct and which, until recently, scientists dismissed as being the stuff of  fairy tales.

Take for example the recent discoveries of a species of human being that stood only 3′ to 4′ feet tall. These are the Hobbits of Tolkien’s series LORD OF THE RINGS. For centuries we believed that these beings were but a myth, yet today we know through anthropological discoveries that these legends are true.

Similarly, we have the stories of Giants, enormous beings who stood as high as 30′, dominating the countryside with their rapacious appetites. These were known as the Titans and they threatened not only the existence of the human beings, but also the Gods. Today we are finding the skulls and skeletons of such beings and going back in history there are numerous reports of them in historical chronicles. 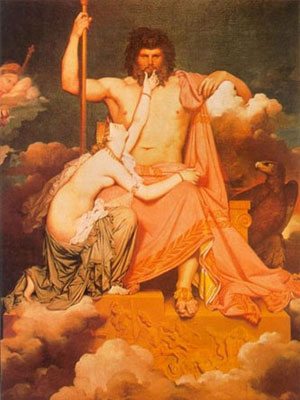 Then there are the stories of the Shinning Ones or the Gods, the tall long-lived race of Anunnaki who influenced cultures all over our world. These are the Norse, Greek, Roman, and Egyptian gods. They stood between 9′ and 18′ feet tall, had red or blonde hair and two sets of teeth. This was perhaps so that they would have enough teeth during the course of their extra-long life spans.

Skeletal remains of their descendants, who mated with human beings, can still be found all over the world. They show up as entombed bodies, often in coffin or in the wrappings of a mummy, standing as much as 12′ tall. These hybrid descendants have been found in caches all over the world, and while there may be an article here or there about them, the news is quickly silenced. Then the bones are quickly gathered up by government officials or  “curators” from the Smithsonian who descend to cart the bones away. In the process all evidence disappears and once again the “Gods” and “Giants” pass into legend.  These enormous skeletons have been found in countries around the world, from Scotland to India, Iraqi to North America, revealing that at one time these tall, long lived individuals existed on almost every continent of the world.

But what about modern UFO and alien sightings? What evidence do we have of that? Well, many alien species operate only out of their ships or in underground hangers, even when they look identical to Homo Sapiens. But there are many variations of the human form not only in size, but in the details of our appearance. Some species have no hair like we do. Some have only three or four fingers or toes on their hands or feet, while others have as many as six fingers. Some races are tall and lanky while others are robust and strong. Some have very white skin, while other species have shades of blue, green, olive or pink.

Then of course, there is the classic Grey. We have much photographic evidence of this race, for some of their 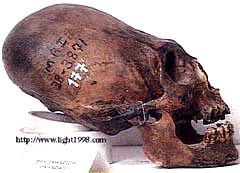 people have been taken into custody by our governments.  “The Greys” are a term for an entire race of beings who have visited our planet from time periods in the future. Some of these beings are highly evolved at a mental level, and operate from a group mind. They have advanced telepathic abilities and the power to create illusions in the mind of human beings, primarily for their own protection. These are the small grey beings associated with most abductions, for they are seeking a cure for a problem on their own home world.

According to inside sources within the government programs, the Greys are said to have been originally created by our race sometime in the future. This happens in a future time line when environmental changes on the Earth have become so severe that humans are forced to go underground to survive. With hundreds of military and scientific personnel cooped up inside of artificial quarters, scientists create the Greys as an experiment. They delete the need for speech and the dominance of the sexual urge that seems to drive our own species, and focus on the creature’s technical abilities instead. 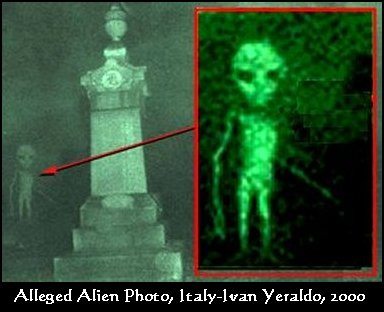 In time, however, as this offshoot of humanity makes its way to the Tau Ceti Star System, it comes to realize that it is at an evolutionary dead end. It cannot evolve without the emotional component, just as we cannot evolve without love, compassion and forgiveness. So the Grey Aliens choose to return to Earth to gather their original DNA material. This includes the eggs and sperm that is often taken from abductees. These genetics seeds are needed so that they can create their own hybrid species and evolve – a new species that is part Homo Sapiens Sapiens and part Grey alien.  And this is what they eventually accomplish some 60,000 years or more in the future.

Thus we have  many Grey aliens arriving on Earth from different time periods: 10,000 years, 40,000 years, and even 60,000 years in the future. The further away they are from our time, the more evolved their species becomes, eventually evolving into an emotionally benevolent race with great intelligence and individuality, but without the more aggressive aspects of our own species.

So, yes, all Greys are not created equal. Like human species, each offshoot has its own strength and weaknesses, its own needs and motives, depending on where you find them along the time continuum.

Of course, it is understandable that any government would be curious about these beings. WE ARE CURIOUS about them. We want to know where they come from,how they originated, what they want, and how they are built. And while we have now learned some of these answers today, we should be aware that there are other highly advanced human races in the Galaxy that also resemble the Greys, but may not share their lineage. Some of these have smaller, less evolved bodies and large heads and many of these races are quite ancient and wise.

We should also be aware that at a soul level, when a soul dies on any planet, that soul must then reincarnate on that planet if there is a sentient life form available. This means that the soul that inhabits this  “alien” body, has no choice but to enter the Earth as one of its future human inhabitants, and this would, of course, be most difficult. 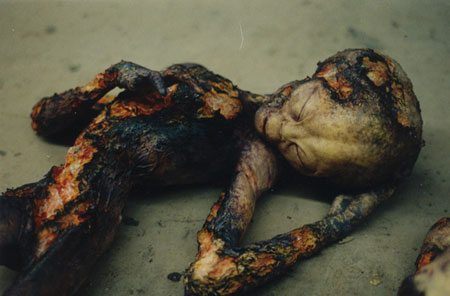 I have met three of these beings in California, and while they were souls that had taken birth in human bodies, it was clear that they came from “elsewhere.” They were very mental and technologically oriented, and moved and dressed identically. I met them on a long guided hike into the canyons of Los Angeles, and they wore navy slacks, white short-sleeved shirts, navy ties, and cameras. They also took extensive notes about everything, perhaps fully knowing that they were on a “strange new planet…” – the planet Earth. They could have honestly been clones of one another, but I knew they were the reincarnations of three small aliens that had died on our planet in the early 1950s and I have great compassion for them. The photograph above was taken from a crash site. We can clearly see that the small creature has been burned to death.

I know that in our world we have been taught to be afraid of aliens. Our movies tell us this, and our media. However, we should realize that like any travelers (to another country or world), these Visitors are also afraid of us. We are a very unpredictable species, prone to fear and violence. Despite their advanced technology and telepathic powers, who can blame them for being  wary of human beings?  Most of us would rather shoot first and then ask questions later. And if one of them is stranded on Earth it is nearly impossible to survive. How will they eat?  How will they protect themselves against human beings, or the cold and heat?  How would we feel if we were in the same situation? Probably pretty scared. How much easier it would be if we could only meet in open negotiations without the need for secrecy and stealth! 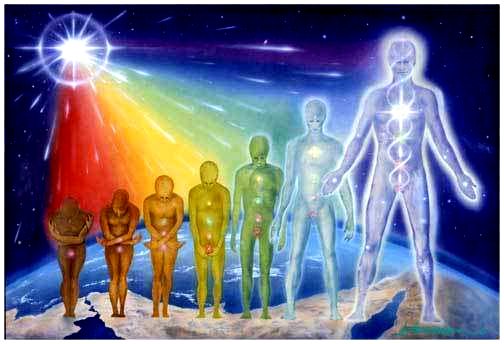 In truth, there are many different races of beings in the Universe, and some are less evolved than we are, while others are more. Some races are more mental than we are, using telepathy as a normal mode of communication, while others are more like us, a combination of mental and emotional. Some races have evolved past the point of needing war. They have mastered that self destructive tendency that seems to plague the human race, pitting us against one another to the point to total annihilation. They have evolved, just as we are evolving today.

This is the question we must ask ourselves if we are to considered for membership in the Galactic Community.

No, all races are not exactly the same. Each has its strengths and weaknesses. But it is only when we can begin to embrace those differences with wisdom that we will be able to step forward into the larger Circle of Star Nations.