Excerpt: Return of the Divine Sophia

Excerpt from
Return of the Divine Sophia:
The Lost Wisdom Teachings of Jesus, Isis and Mary Magdalene

A Priestess of Isis

“In the beginning there was Isis, Oldest of the Old.
She was the Goddess from whom all becoming arose.
As the Creatress, She gave birth to the sun
when he rose upon this earth for the first time.”
Barbara Walker – The Woman’s Encyclopedia of Myths and Secrets 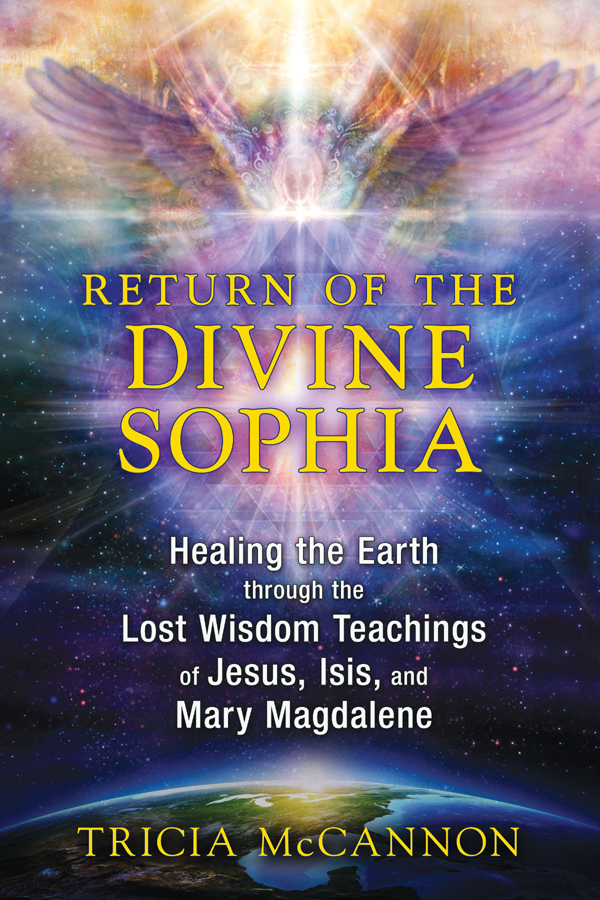 I sat up abruptly in bed, still in the other world. The blue black shadows on the bedroom wall looked almost like the hieroglyphics I had seen painted on the walls in the dream. Where was I now? Oh, I was asleep in the dormitory of some college. I had returned to school for my Masters degree. Now I remembered. I turned my head, slowly remembering the strange extra-terrestrial language that had appeared on all four walls of the room only moments ago. They had looked like codes or symbols, some kind of light geometries written vertically on the walls of the small college bedroom. As I fastened my eyes back on the walls, I could still make out the faint inscription of some of the symbols.

How could they still be there? I wasn’t still dreaming, was I? Like some ancient Egyptian language I zeroed in on them, my eyes coming to rest on one in particular. It was a circle with a dot at the center. What did it mean? Abruptly I heard the answer in my head. “This is the beginning of all things, the beginning and the ending, the alpha and the omega.”

I lay back down. How did I know this? It felt like a galactic language, universal among higher life forms. Somehow I knew that this symbol was a coding for something much more ancient than our human tongue. It came from the Language of Light, the language of the angels. 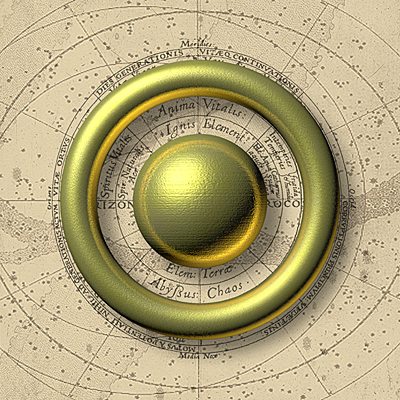 Suddenly I could not keep my eyes open. I slid back into sleep on the dormitory bed, succumbing once more to the dream time. Hours later I awoke, disappointed to see that the astonishing writing had disappeared from the walls. Sitting up in bed, trying to remember, I finally forced myself to my feet. I hurriedly dressed and went down to the school library, a vast wood-polished sanctuary with rows and rows of research books. I was determined to find some reference to the one symbol I could recall, the circle with the dot at the center. I was deep in study when the student assistant found me. “Excuse me, miss, but there’s a phone call for you,” he said.

“For me?” I queried. That was odd. No one even knew I was here. How could there possibly be a phone call for me? Surprised, I followed the young man back to the front desk. “Yes?” I said into the mouthpiece of the library phone. “May I help you?”

“Is this Tricia McCannon?” the female voice on the other end of the line asked. The voice was cool, even and familiar.

“We have called to tell you that your dreams are real,” she said quietly.

“What?” I managed in astonishment. “Who… is this?” 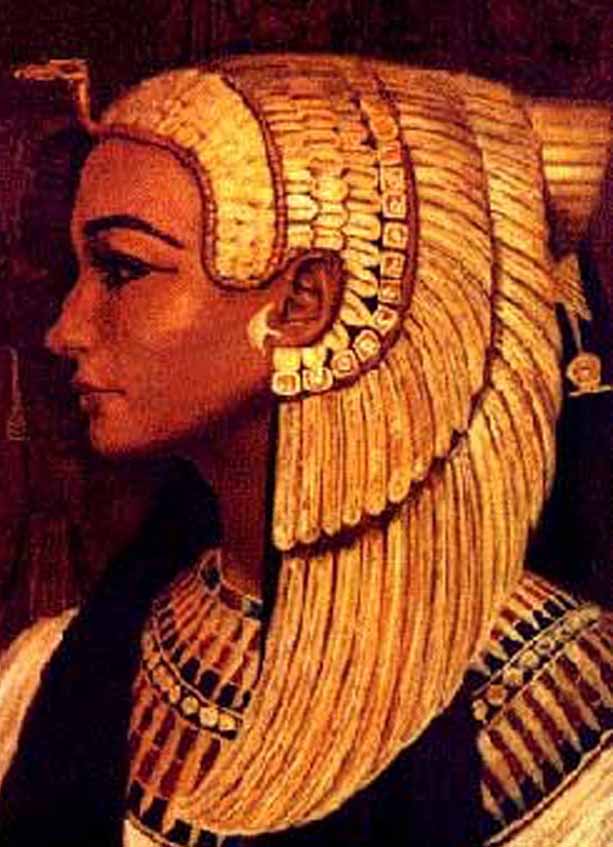 There was a moment of hesitation. “I am from the Priestesses of Isis, and that’s all I am permitted to tell you at this time.” The click of the phone was audible as she hung up. Unable to speak, I stood there astonished for the longest time looking at the phone. Whoever were the Priestesses of Isis and why were they calling me? Furthermore, how did they even know about my dreams? I brought back the symbols in my mind… The writing was so familiar. Years later I was to discover that this symbol was the ancient glyph for the Sun, the first principal of life. It was the shape that the Om sound created when chanted. It meant the Christ, the limitless light, the Ain Soph Aur. It was also one of the members of the Council of Nine.

The phone beside the bed rang insistently. Without thought I reached over to pick it up. This time as I opened my eyes, I realized that I was at home in Atlanta. I was in bed. There was no library, no college campus… nothing except my strangely lucid dream. It had all taken place in the “inner worlds.” Now I was back in the world of photography, advertising and work, and it was dawn. As I replaced the handset on its cradle, I slowly realized that I had had a dream within a dream, and there had been a double message within it… the Priestesses of Isis… and some kind of language. I knew it was important, but I had no idea what it could mean.

I was still trying to make sense of these things as I got into my teal Honda sedan the next day and left for work. Who were the Priestesses of Isis, and why had they contacted me? Was this some sort of secret cult from Egypt? Did they still exist today? I started the ignition. And why had I remembered that symbol? I slipped my car into gear, deep in the mystery. 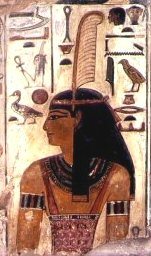 Two months later the answers began to arrive. I had stopped for lunch at a new restaurant, and there was a long wait. To pass the time, I wandered into a beautiful gift shop named Illumina. As I opened the door onto a richly appointed carpet, the store’s exquisitely lit crystals and one of a kind jewelry looked unlike anything I had ever seen before. Immediately my eyes landed on an Egyptian statue. Transfixed, I went to stand before it, letting my eyes sweep over the smooth black sculpture of a beautiful Egyptian woman with two tall feathers at the crown of her head. The sales woman behind the counter leaned forward onto the highly polished glass, fixing me with her eyes. “Do you like Egyptian things?” she asked in a voice softly modulated with power. I turned at the sound. She was probably forty-five with a long mane of thick salt and pepper hair, and a strong attractive face. Her eyes were gray and piercing.

I stammered, feeling a bit self-conscious. “Yes, in fact, I’ve been having dreams about the Priestesses of Isis.”

Her eyes widened slightly and then seemed to grow sharper, as if she was seeing something around me for the first time. She extended her hand slowly, never blinking for a moment. “Welcome to Illumina. My name is Shasta.”

I took her hand. “Hi, I’m Tricia,” I said, feeling electricity go through me.

“Would you like to tell me about your dreams?” she suggested.

I blushed. “Well… I’m not sure I even understand my dreams.” I looked away self- consciously, trying to decide how much to reveal. After all, since I had been working for many, many years with masters in my dream state, I certainly couldn’t assume that a perfect stranger would follow my line of thinking. “I’m not sure you’d understand them either,” I added lamely.

Her eyes brightened and a mysterious smile played about her lips.   “Let’s just say, I might. I’m a High Initiate of the Priestesses of Isis.”

TO ORDER THIS BOOK JUST CLICK THE PAYPAL BUTTON BELOW