The Shamanic World of Animals

The Shamanic World of Animals and Their Powers 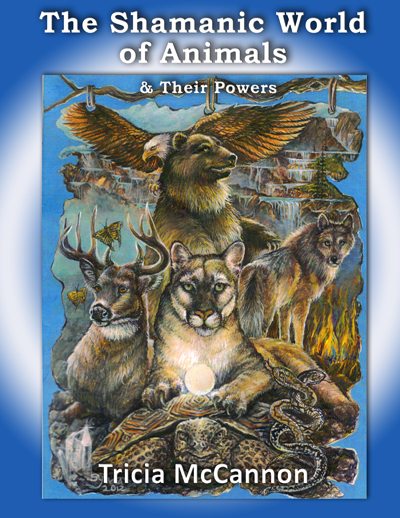 In Shamanic Animals and Their Powers we step into the incredible world of animals, and how these often overlooked cousins have long been allies to the human kingdom. We learn how animals connect to the world of the shaman, the healer and the magician, and how animals are linked to the world of Archetypes, reflected in religious and spiritual symbols we see today. We discover their application in Holidays, slang expressions, and in the Chinese and Western Zodiacs.

We enter the hidden world of the Shaman, and how his powers are linked to a world of Allies, who often take the form of animals, thus connecting the Shaman to the power of Shape shifting. We explore the power behind ritual dances, mask making and costumes, and how these rituals were used all over the world to communicate with the power of the Animal Kingdom. This helped the tribe stay alive, be warned of danger, gain information, and successfully hunt their food. In later centuries these totems were adopted by nations and royal monarchies, and in more recent centuries have morphed into our custom of naming sports teams and cars (an allusion to “horse power”) in countries across the globe.

In this Course, we also discover the Wheels of the crawlers, swimmers, winged, and four-legged, and the Mythical Animals that live at their center. We find out how these animals may be contacted, and how they act as inter-dimensional bridges between the dimensions. We uncover the lost knowledge of Animal Totems, and what they signified in the archetypal world of the mystic. And through a series of guided meditations, we have a chance to discover our own personal pantheon of Spirit Allies, and establish relationships with these vast archetypal beings of inspiration and wisdom.

The Amazing World of the Animal Wheels

The Amazing World of the Animal Kingdom

“In the beginning of all things, wisdom and knowledge were with the animals, for Tuawa, the One Above, did not speak directly to man.
He sent Animals to tell man that he showed himself through the beasts, and that from them,
and from the stars and the sun, and the moon, man should learn … for all things speak of Tuawa.”
Chief Letakos-Lesa of the Pawnee Tribe – 1904 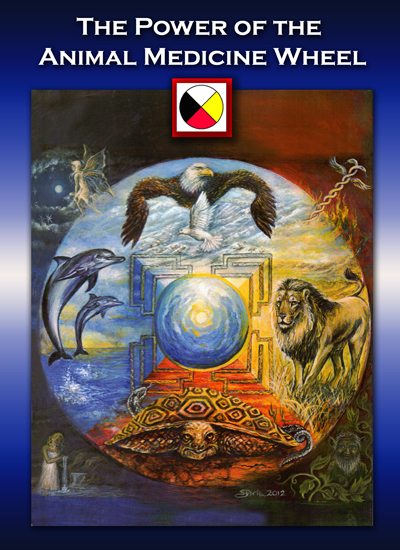 Welcome to the amazing world of the Animal Kingdom, a doorway into creating a relationship with the very real, and very powerful world of Animals. The word “animal” is derived from the Latin word “anima,” which means the soul or breath of life, telling us that the breath of the Divine lives within each member of the Animal Kingdom. While the word “animal” is one that we know and use today, many ancient people considered them to be a people, like the winged people, or the finned people, and they referred to them as brothers or sisters, with some designation of kin.

Today humanity’s relationship with the Animal Kingdom is not nearly as intimate as it has been in earlier incarnations of the world when we lived closer to the energies of Nature. Native American legends tell that in the first, second and third Ages of the World human beings had the ability to understand the speech of the Animals and to communicate with them more freely. This ability was lost at the end of the Third Age, when mankind prayed to the Creator to close its inner understanding to the language of the animals so that we would not have to hear their pleas when we killed them.

Certainly the histories, religions and mythologies of the world are full of lore surrounding the spirits of the Animal Kingdom, often linked to the power of leaders, or gods and goddesses who chose totem animals to represent them in the world of men. These animals were once considered messengers of the god or goddess they represented, and the animals that these leaders chose often represented the lesson that this over lighting divinity brought to humanity. For example, the benevolent elephant-headed god Ganesha is sometime shown riding a rat, the first of the animals that appeared to Buddha when the Chinese Zodiac of animals was established. Poseidon, the god of the sea, is often shown riding the back of a dolphin, signifying his alliances 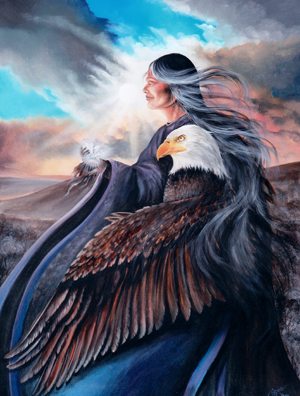 with the oceans and seas. The goddess Durga rides a tiger or a lion representing royalty, heart and courage; while the great Lord Shiva is sometimes shown on the back of the bull Nandi, a symbol of strength and fertility. Each of these partnerships expresses some level of the god or goddess’ divine nature. They represents a sacred teaching or wise endowment being brought to mankind.

Thus the world of animals teaches us a saner way of walking in the world. In later eras human leaders, priests and magicians also took such animals as their totems, constructing elaborate masks, and dances to invoke the energies of these archetypal spirits. In time, this practice of creating “masks” turned into the use of mascots that we use today in naming football teams, basketball, and baseball teams in sports. Ostensibly, these mascots help us to invoke the courage of the panther, the swiftness of the falcon, or the strength of the bears. 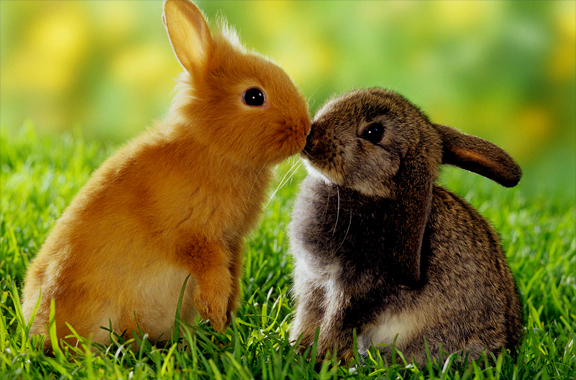 All animals have something to teach us. Not only do they put us in touch with the harmonious pattern of creation itself, but they represent specific qualities that live inside of us. Some animals offer the gift of invisibility or stealth, while others bring courage or strength; some bring joy or song, while others provide us with the power to see what is hidden in the darkness. Remnants of this ancient wisdom can be found in the fables of talking animals who express the feelings that humans often keep bottled up. They appear in stories to offer insight, challenge, or a lesson that the human doesn’t see. They never bend the laws of nature, but rather remind of us of the consequences of our actions if we go down a certain path. Thus, by learning to pay attention to the laws of nature and reconnect with the Animal Kingdom, we bring ourselves into greater harmony with the human world, as well as the power of the Earth and Universe around us. 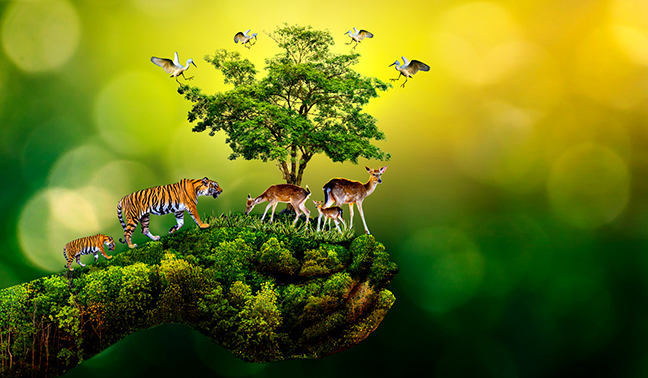 Animals are part of the endless Circle of Life; without them humanity would not survive. They come in all shapes and sizes, and live in virtually every environment of the world. They reside on top of mountains, and deep in the bowels of the Earth. They thrive in hot climates, and freezing latitudes. They nest in trees and burrow in the ground; they live on icebergs, swim in oceans, roam on prairies, and hibernate deep in caves and canyons; they dwell in forests and in deserts, and unlike the more physically limited human beings, their expressions are as diverse as our imaginations.

This particular discourse teaches you about the Medicine Wheels of the Twisted Hair Traditions, and how these Wheels can help us to organize and understand this kingdom better. These Wheels include the crawlers, swimmers, winged ones, and four-leggeds, as well as the Magical or Mythical Animals that dwell on the Inner Planes. And like the ancient gods, you may discover why certain animals were sacred to the divinities, and choose to share their wisdom.  You will also discover the animals that were perennially connected to the Great Earth Mother and how these various animals reflect something of her being, for she was seen as the Mother of All Things, and the protector of both animals and humans, all of whom are her children. 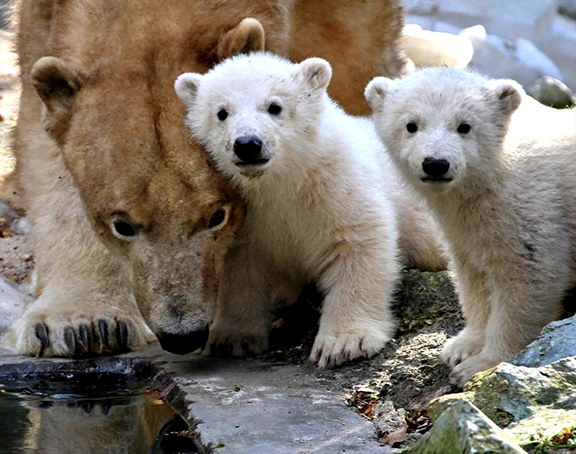 On this journey you will also discover the hermetic qualities of many animals across the world, and how their various “Medicines” can be used to change your perspective, awaken your talents, and improve your life. When we use the term “Medicine” throughout this discourse, we are referring to the animal’s innate ability to improve our connection with the Great Spirit, and the wholeness of all that we are.

As we begin to open up to the shamanic world of working with the Animal Kingdom, and the gifts that a particular animal ally might bring us, then we will find that we are able to tap into and draw from its essential power. This creates a relationship where that animal becomes one’s ally in the realms of Spirit, and can assist us in finding a solution to the very practical realities of daily life. But remember, establishing a relationship with such a spiritual ally must always be approached with respect, humility, courage and intuition. In this way we come closer to regaining the essential parts of ourselves that can make us whole. This process of learning and integration can create great healing for our bodies, our minds, and our spirits that will help us to shine more brightly in the world. It can bring us insight, personal power and even enlightenment. 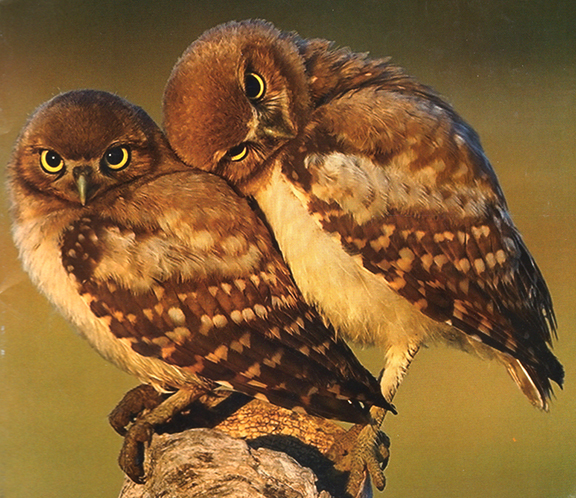 During the course of this lesson you will also have a chance to discover your own personal pantheon of Medicine Animals, and to make a connection with the spiritual energies of the animals that have chosen to work with you. Some of you may find that you have more than one animal ally; others may work with a particular animal spirit for a long time, and then suddenly another spirit animal will appear.

Some of you may have already sensed the animal spirits that are drawn to you. You might say, “I am a cat person, or a dog person.” You may love horses, or go out of your way to buy birdseed when you go to the grocery store. You may live near the ocean, and love watching the dolphins or whales at sunset.

You may find that you have collected statues of elephants or frogs, wolves or lions, owls or eagles. All of these are clues to the innate connection your soul already has with the spirits of the animal kingdom.  So as you approach the journey, making a conscious shamanic connection now, remember to keep your mind and heart open and enjoy the richness of the journey.

Blessed be, Tricia White Dove Golden Eagle We wish to thank all the wonderful artists who have contributed to this amazing discourse, in particular Sylvia Laurens, whose marvelous cover of totem animals and many visionary paintings have blessed this work in so many ways.  A million thank yous!!

TO ORDER THIS CLASS SEPARATELY