All over the world, strange ancient artifacts have been found – objects that do not seem to belong in our version of  reality, given the mainstream version of History we have all been taught.  Some of these usual artifacts include 400,000 year old coins, 300 million year old metal screws, and figures of helicopters, planes and space ships that are at least 5000 to  10,000 years old. But where do these strange objects come from, and why do we find them buried in sediment deposits that are hundreds of thousands, if not millions of year old? Who put them there? Were they part of a far older civilization that we know little or nothing about? Were they part of a civilization that existed before the Great Flood chronicled in the Bible? Or are they artifacts from visiting Extraterrestrials who left behind evidence of their own civilizations and technologies?

Today mainstream Anthropology presents us with two major theories about the nature of Human Evolution. These are the concepts of Evolutionism and Creationism. In biblical Creationism, we are asked to believe that human life began only 7000 years ago, despite all scientific evidence to the contrary. In fact the bones of Homo Sapiens have been discovered in many places around the world, going back to nearly 200.000 years ago!

On the other hand, we have the Human Evolution Theory proposed by Charles Darwin in the 1800’s. This theory believes that all species evolve over time, slowly changing to adapt to the needs of their environments. In this version of reality, the Modern Human, Homo Sapiens Sapiens, would have evolved long ago from the primate family. However there are problems with this theory since we now know that there were multiple groups of hominoids living at the same time, that seem to have had little of nothing to do with one another, sort of like the Lord of the Rings scenario with humans, elves, dwarves, hobbits and so forth.

In this time line archaeological evidence would put Homo Sapiens, our early ancestor, emerging about 200,000 years ago from Africa.  And while this theory has more years of research behind it, it cannot be completely true either, since all primates did not evolve into humans, and many

humanoid species seemed to have emerged out of different lines. So neither of these theories is really true, however they are both clearly part of a larger story that may encompass both ideas.

And what of the recent discoveries in the South Pole on the Continent of Antarctica? A;ready we have found a city over 50 miles in length buried beneath the ice that contains the bodies of 14′ tall giants with large heads, as well as regularly sized human beings. This city also has pyramids and sophisticated buildings and an energy source so strong that it is still operating today. This is how the city was located through the ice. In addition circular space ships have been found, telling us that there was once an advanced civilization living on this continent.

In This Astonishing Presentation You Will Discover:

400 Million Year Old Electric Plugs
300 Million Year old Screws embedded in Rocks
Machine parts found in Russia that are Millions of years old
Human and Dinosaur Tracks Made at the same time on Earth
Giant Footprints of the Titans over 4′ in Length
Enormous Human Skeletons some 21′ Tall
Airplanes & Space Ship Artifacts Found that are over 10,000 Old
An Egyptian City Discovered in America
Mayan UFO Artifacts Found in a Thousand Year Old Mayan Temple
A Network of Pyramids Found All Over the World
17 New Pyramids Discovered Beneath the Sands of Egypt
An Ancient ET City Found Beneath the Ice of Antarctica
Three Mother Ships Recently Discovered Under the Snow  in Antarctica
The Secret Plans of Adolph Hitler to Find Alien Technology in Antarctica
American Intelligence of this Secret Base in Antarctica Going Back some 70 Years
The Existence of Ancient Human and ET Cities Recently Found in Antarctica
The Race of Several Nations to Procure Advanced Technology from the Hidden City in Antarctica
Famous People Who Have Visited This City in Antarctica
A Secret Space Program by our Government working with Benevolent ET Forces
The Misinformation Campaign by the Government to Keep the Public Ignorant
Lost Atlantean Cities Found off the Coast of Portugal and Spain And Much, much more…

We will also learn about a worldwide web of pyramids that are being found all over the globe today, evidence that speaks of far more ancient civilizations that were advanced in every way.  Now with modern satellites to photograph and record locations from outer space, as well as heat sensing and sonar devices, we are discovering the evidence for a worldwide culture that used Pyramids as an energy source, amplifying the natural energies of the Earth. 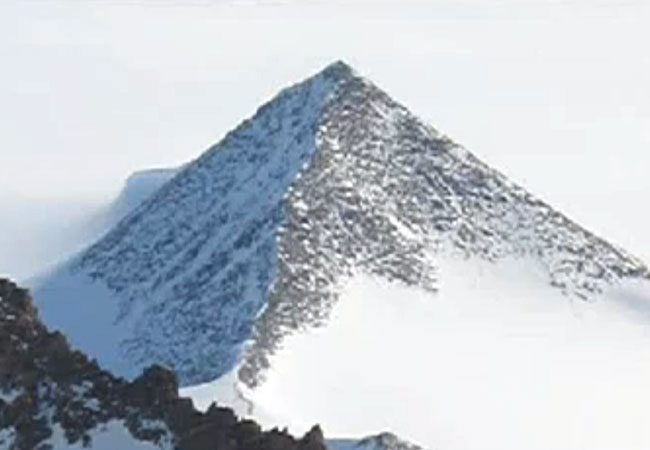 What’s more, we are finding the remains of  ancient cities burred below the North and South Poles that are now being revealed as our ice sheets melt. Concealed from the public, these astonishing discoveries will rewrite our very understanding of Earth’s ancient history, where human beings interacted with many other races, including giants, hobbits, and Otherworldly beings. What’s more, there are remnants of these once great civilizations living side by side with us today, inside the Inner Earth. These cultures have realized their telepathic gifts, and are thousands of years in advance of ours today. These  Inner Earth Societies are reaching out to us now as we stand on the edge of a brave New Age. Come join historian, author and clairvoyant Tricia McCannon as we explore the Hidden History of our planet and how this will forever change our lives in the coming years!

To Order This Webinar Just Click On The Link Below – $44

Tricia McCannon is a renowned American clairvoyant, historian, author, and teacher who has traveled the world in search of answers to the greatest Mysteries of the Ages. For over two decades she has been a Headliner at Conferences in Europe and America. As an  initiate in many ancient paths of wisdom, she has appeared on over 200 radio shows, including Coast to Coast AM, Dreamland, Gaiam TV and a number of international documentaries.  She is the Founder of the Phoenix Fire Lodge Mystery School in Atlanta, a Bishop in the Madonna Ministries, and the author of over 30 DVDs and 13 on-line classes. Her workshops are a powerful synthesis of history and mystical wisdom. As a healer, hypnotherapist and clairvoyant, she has given Readings to over 6000 people worldwide in her continuing commitment to inner awakening and world unity.