DVD: Thoth – Alchemist of the Gods 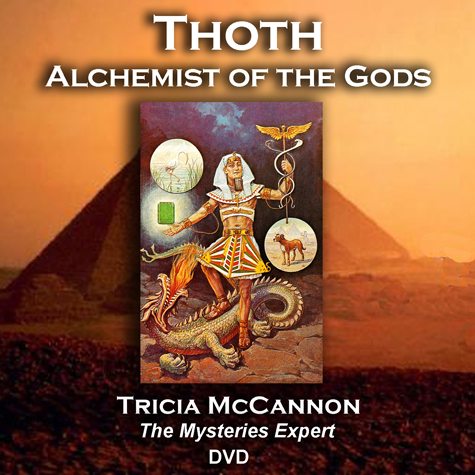 From ancient Egypt comes the fundamental spiritual teachings that have influenced the philosophies of all races, nations and peoples. Home of the mysterious keeper of the Mysteries, the ancient Sphinx, Egypt was the birthplace of the true Secret Doctrine. The countries of India, Persia, Chaldea, Medea, China, Japan, Assyria, Greece and Rome have all borrowed from her libraries of occult lore.

Yet behind these great teachings stands the mighty teacher Thoth, a being that the Egyptians called the Great World Teacher. it is from Thoth, or Tehuti, the God of Wisdom, that our modern word thought is derived today. Known to the ancient Greeks as Hermes Trimegistus, or Thrice Great Hermes, Thoth was the creator of all great Mystery Schools across the world, appearing in his various forms to the Celts, the Mayans, the Egyptians, and the sages of the East. This exciting presentation focuses on Thoth’s vast influence on World History including taking a look at what is left of some of his amazing books, The Emerald Tablets of Atlantis, The Egyptian Book of the Dead, The Kore Kosmu, The Hermetica.

The early Church Father, Clement of Alexandria, claims that 100 years after Jesus’ death, there still existed in the Great Library of Alexandria, 42 books that had been written by Thoth. These were said to have contained all the wisdom of the world on the subjects of astronomy, architecture, geometry, mathematics, music, vibration, religion, medicine, and law. Inventor of the 26 letter alphabet that we use in romance languages around the world, as well as the ancient hieroglyphics of Egypt, Thoth was also known as the Scribe of the Gods.

In Egypt, Thoth’s center lay in Hermopolis, the exact geographical center of the Nile. This ancient center sought to teach the integration of many streams of knowledge, understanding that behind the many is the ONE. History reveals that long ago, it was here that Thoth imparted the secrets of the creation of life.

Credited in Sumerian texts as the original architect of the Great Pyramid of Giza and of Stonehenge, Thoth traveled the world, teaching its people. Learn about who is was to humankind, and how his legacy of wisdom birthed the heart of the Secret Teachings of the Gods.

TO ORDER THIS DVD NOW