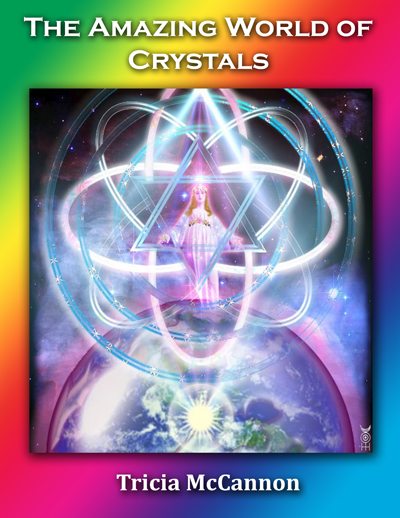 In The Amazing World of Crystals we step into the fascinating world of crystals and gemstones to learn about the physical, spiritual and scientific healing powers of the Stone Kingdom. In this first class of four exciting lessons, we concentrate on learning the powerful Medicine Wheels taught by the Native American Twisted Hair traditions, as well as the history hidden behind birthstone magic. These four classes include: The Crystal Kingdom, the Plant Kingdom, the Animal Kingdom and the Human Kingdom, each of whom make up the balance of the Medicine Wheel essential to understanding and balancing the Earth.

In this first class, The Amazing World of Crystals, we discover how to select crystals, charge crystals, clear crystals, and retrieve information from crystals. We also experience the esoteric science behind these powerful but practical energy helpers, and how to use dowsing to gauge the energies behind the various stones. We learn about the various kinds of beings who have worked with crystals in the past, including the fairies, gnomes, dwarves and dragons, and 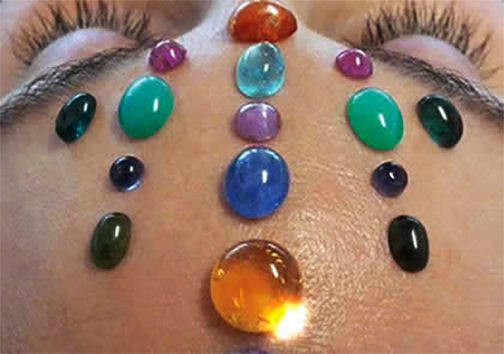 how the Fire Crystals were once used to summon and communicate with the dragon kingdoms.

At a practical level we learn about the process of gemstone therapy, and discover how to perform an actual crystal layouts on the human body. With diagrams and easy to use charts, we learn which stones work on which chakras and how, through properly applying the right stones to specific areas of the body, we can help to release stress, stimulate energy and bring our emotional, mental and physical bodies back into balance.

The Sacred Geometry of the Earth

“Crystals remind us of the structures upon which our universe is built.
All matter, everything that is physical and solid, owes its existence to the organizing properties of crystals.” 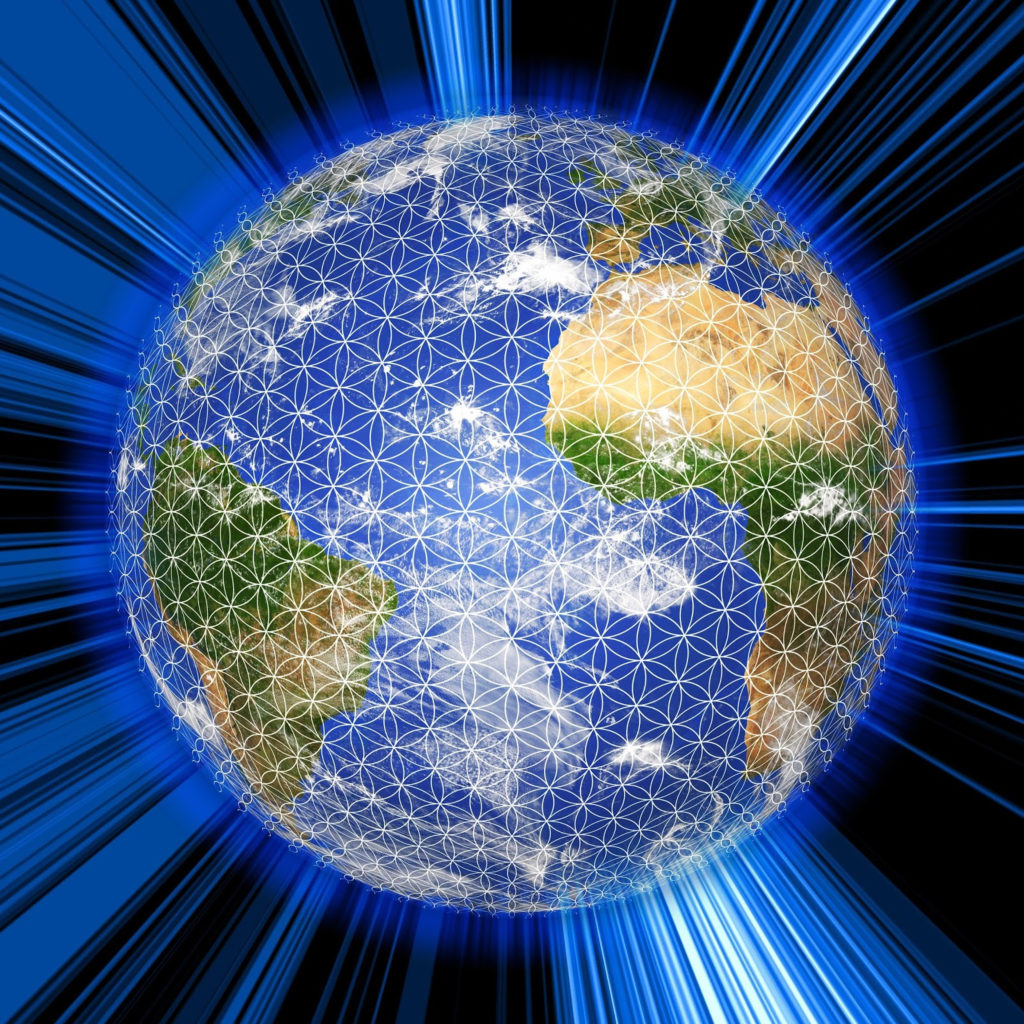 Welcome to the amazing world of Crystals, the underlying matrix of the entire physical world. All living things are made of crystals, and everything depend upon them, from the plants to the animals, and even the human kingdoms. Yet most of us are very unaware of  these powerful and intelligent allies who have come to aid us in our journey to awakening. Crystal are created on a six-sided sacred energetic template, making them an excellent reflection of the six spheres, or movements, inherent in the Flower of Life blueprint. This is the matrix behind the entire Universe, and is the underlying frequency of our planet, which is made up of rocks, minerals, crystals and gemstones. This energetic latticework is called the Light Grid or Ascension Grid.

The concept of planetary grids is not a new one, being taught by the famous Greek philosophers Plato and Pythagoras over 2500 years ago. Before that it was used by the ancient Mayans and Hopi Indians, and the Egyptians in the construction of the Great Pyramid of Giza, a temple located at the exact geographical center of our Earth. The use of this planetary grid allows us to access the natural structure of the crystalline planet on which we live. And long ago, the location of these ancient temples were used for healing and meditation, and deliberately placed at these points.

This Light Grid is the template that allows all of life to operate in a stepped down or incremental format, and working with it in ceremony or ritual allows us to tap into its naturally occurring frequencies. We can visualize this grid as a brilliant geodesic sphere made up of pentagons and triangles, sparkling like a luminous, multifaceted diamond. This matrix is made up of double pentagrams that form a complex twelve sided dodecahedron. The double penta-dodecahedron also has 144 facets, a number connected with the ascension of the Christ, and the formation of the Lower Worlds. Each dodecahedron has 12 pentacles, or pentagrams, with 60 facets. By adding the 12 pentagons we arrive at the number 72. Doubling it means we come to 144, again one of the numbers of the famous Fibonacci Sequence or Golden Mean Spiral upon which the entire Universe is built. 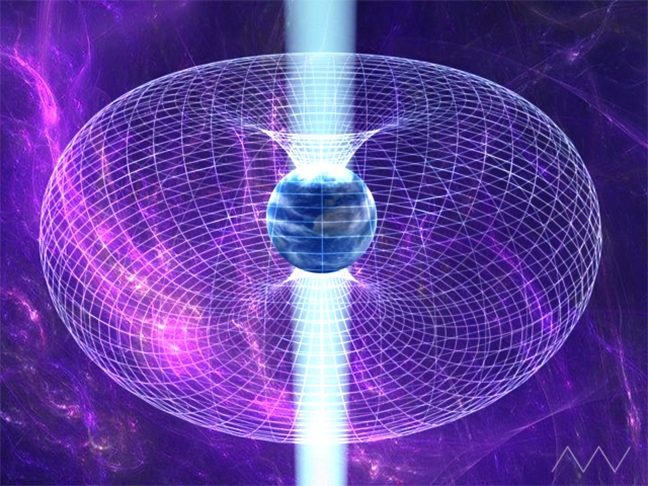 In truth, there is not one, but three separate light grids templates surrounding our planet, each intricately related. Each of the grids has separate functions relating individually to (1) our planetary gravitational field, (2) our telluric electromagnetics, and (3) our light consciousness. A change to any one of the fields has the power to effect the others in a proportional mathematical ratio.

The Ascension Grid is anchored to the earth with two axis points. Tremendous lines of energy flow outward from the northern axis point at the North Pole, and reenters Earth at the South Pole. These energetic lines are directly connected to every sacred sites on the planet and these grids regulate, at least to some extent, the parameters of the consciousness flowing into Gaia. The Gravity grid and the Electromagnetic grid have also been adjusted on several occasions since man’s establishment on the Earth some 200,000 years ago. But the Light-Consciousness or Ascension Grid is directly involved with mankind’s increased evolution.

Within the ancient world this web of light was used by the Mystery Schools to amplify the life supporting energies of the Earth during times of celebration. Their purpose was to increase the fertility of the land, and preserve a more harmonious society. Thus many ancient temples were build upon these grids in key places around the world. Today many of these sites have been conscripted by the Catholic Church (over 500 of these sites were taken over during a period of only two hundred years), and in recent decades have been taken over by many military and political conglomerates seeking to influence the power balance of the Earth. Yet many sacred sites still remain today and are available to light workers like ourselves, including Stonehenge, Avebury, and Glastonbury, England; also Ayers Rock in Australia, the Great Pyramid in Egypt, and many sites indigenous to the Native peoples throughout North, South, and Central America. 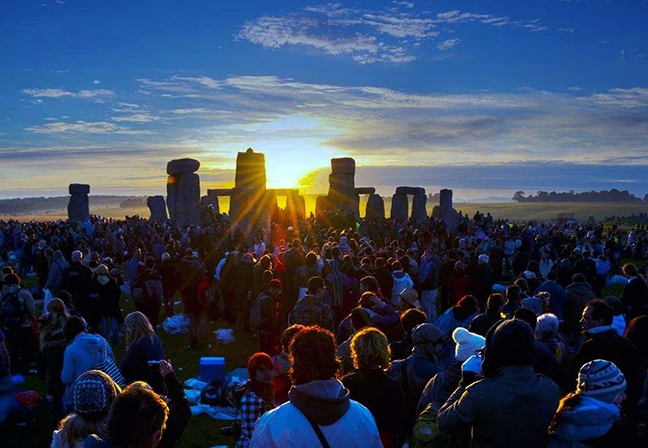 Since the Ascension Grid has the power to absorb emotions, thoughts and intentions, the use of positive prayer and ritual can affect the direction we take as a civilization.  Over the past three decades many light workers have deliberately traveled to these sites to engage this crystalline matrix, and turn us in the right direction. This has been particularly true since the Harmonic Convergence of 1987.

It is believed by many people that there are twelve main gates that we will go through between this date and our crossing of the Galactic Equator when we reach the full resonance of this higher vibration. And triple dates, like November 11th, 2011, each seem to carry unique numeric light codes designed to open and activate each of the twelve major faces of the light grid. This Ascension Grid is quite necessary for our ascension.

As Joseph Jochmans writes in his book Earth: A Crystal Planet: “Beyond the Platonic series of Solids is another form being geometrically generated out of the old Icosa-Dodeca crystal. If you take an Icosahedron and join together with lines every other point inside the form, you create twelve pentacles or five-pointed stars. If you extend the outer edges of the Icosahedron and join these node points together, you create a second group of twelve pentacles or stars. This becomes the seed crystal that gives birth to a new crystalline form called a double penta-dodecahedron, composed of twelve double-pentacles equally spaced across the surface of the globe.” The icosahedron is now being replaced by an Ascension Light Grid. and a double penta-dodecahedron, or thus a “seed-crystal” matrix is born. This highly evolved geometry is divinely fashioned to resonate a higher frequency for the new Earth.

Mainstream researchers note that the nodal points and grid alignments attributed to the earlier Becker-Hagen’s grid map, no longer seems to fit. Weather patterns are changing, the migration routes of birds and animals are altered, and whales and dolphins are beaching themselves on land. Climates are in flux, and the Earth’s geomagnetic field is changing fast. This all validates a larger change within the grid system of the planet. It appears that the new Ascension Grid is increasing in frequency just as the old magnetic grid is lessened, allowing a new crystalline matrix pattern to come into form.

You and I are a part of this new crystal formation which we can call the Ascension Grid. One of the most meaningful avenues available to us as Light Workers now is to come together in ceremony and unity, to awaken humanity and bond with the Living Earth. 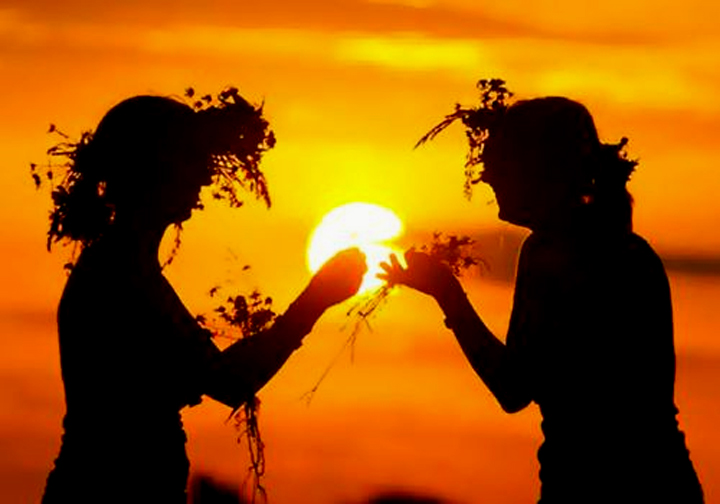 By concerted efforts to support and give light to the Ascension Grid, we accelerate both its formation and the dissolution of this older matrix. The planetary Ascension grid is a manifestation of the patterned growth of the Universal Consciousness, and by generating and directing positive energy, we help her to grow. She also reflects back to us the energies we send out, amplifying our own abilities and thoughts.

Earth is a living entity that some call Gaia, and the grid is her aura. By working together with her, we become co-creators of the New Earth and the Global Ascension Grid. We can choose to be a part of the ascension process and the ascension of the Earth. We channel inward great flows of cosmic divine energy with the capacity to direct this light outward through directed meditative thought for the highest good. By unifying our energies in synchronized ecstatic states we form a powerful light vortex. This energy can cleanse, brighten, energize and activate according to our intent and flow. Our intent is light of the highest order, transferred to the new grid, the new crystal matrix of Gaia.

TO ORDER THIS COURSE AS PART OF CLASSES FOUR, FIVE AND SIX $99 if Ordered Separately,
$75 each if Three are Ordered at the same time – a Savings of $75