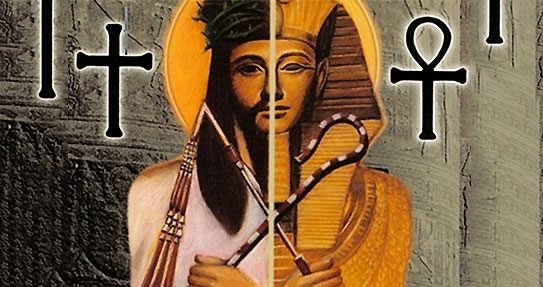 In this seven-part series, walk alongside the Masters as Tricia connects the dots for you,
sharing deep esoteric knowledge including the hidden history, wisdom teachings,
mission of Jesus, and the Mysteries of the ancient Secret Schools of Initiation!

What the Two Mysteries are that Jesus could only learn in Egypt?
Whether Jesus was the Second Coming of Buddha?
The Sacred Symbol Language of the Ancients?
What is the True Meaning of the Holy Grail?
What Jesus studied with the Druids?

Do you want to learn the secrets of the Mystery Schools of the
Essenes, Britain, India, Persia, and Egypt as detailed in the Bronze Book of Britain,
the Emerald Tablets, the Nag Hammadi Texts, the Vatican Archives and more?

THE SEVEN MODULES ARE:

Class One: The Great Spiritual Mysteries & the Return of the King

Class Two: The Nativity and the Magi

Class Three: Jesus Among the Essenes in the Early Years

Class Four: Jesus in Britain and the Mysteries of the Druids

Class Six: Jesus in India, Persia and with the Buddhists

“I never knew much about the origins of Christianity, and in my upbringing there is an ingrained fearful knee jerk reaction to any mention of Jesus and Christianity in general. This opened up my eyes and my heart to Jesus. Learning about his life and his studies and travels made me excited to do the same. Thank you, so much I enjoyed every minute and I can’t wait for more❤❤❤- Shana Horstein

“Excellent! Fabulous, I was mesmerized. I couldn’t breath I was so filled with wonder. It was indescribably captivating!” – Kira Davidson

“I love it! And I cannot wait to watch it again!. – Angela Noelani Smith

To Register or Watch the First Class
Free Go To: Sacred Stories Media